Coming Against Confusion and Chaos

Pray with me please.

“We come before the Righteous Judge to plead our case against the
confusion and chaos the enemy has bred amongst Your children in relation
to their gender identity as well as the platforms that promote this atrocity
as ‘acceptable and normal’. This includes the medical communities and
practices that participate by propagating this demonic agenda by their
participation in medical procedures that continually promote this agenda.
We ask Your Holy Spirit to help us fight this battle in the spiritual realm
for this is ‘Spiritual Warfare’ as it declares in your Word in Ephesians 6:12
(AMP):
12 For our struggle is not against flesh and blood [contending only
with physical opponents], but against the rulers, against the
powers, against the world forces of this [present] darkness, against
the spiritual forces of wickedness in the heavenly
(supernatural) places.

Again, we present this as a spiritual battle and warfare against the demonic
forces who have caused this confusion amongst Your children who You
love so dearly and created in Your Image, for it says in Your Word in
Genesis 1:27 (AMP):

27 So God created man in His own image, in the image and likeness
of God He created him; male and female He created them.
It also says in Your Word in Jeremiah 1:5 (AMP) that:
“Before I formed you in the womb I knew you [and approved of you
as My chosen instrument], and before you were born I consecrated
you [to Myself as My own];

And You also said in Your Word in Jeremiah 29:11 (NKJV):
For I know the thoughts that I think toward you, says the LORD,
thoughts of peace and not of evil, to give you a future and a hope.

Lord, we plead the blood of Jesus over Your children and we say ‘peace be
still’ as we come against the confusion of identity which perpetuates the
continuous cycles of fear, doubt, hopelessness, division and separation of
families.

We come against the mindset of the culture of this age who believe and
deem this acceptable because of the times we live in presently, but we
declare and decree that according to Your Word in Hebrews 13:8(NKJV)
that:
Jesus Christ is the same yesterday, today, and forever.

Which means Your Word never changes or returns to You void, so we
stand on the truth of Your Word which are Holy and Pure – and You have
given us Your Word to stand on and we take our authority in the Mighty
Name of Jesus Christ of Nazareth to declare and decree the reversal of this
curse not only in our nation, but worldwide.

In Jesus’ name we pray – and Women of The Nation say:
Amen!! 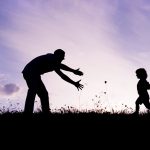 For Single Mothers and WidowsPrayers