Be Thankful and Praise His Name

Women Of The Nation, Pray!

Our prayers are working! Keep praying! As we enter this season of thanksgiving and praise, make sure you are personally doing just that, be thankful and praise His name. Over the next two weeks please stand with me and let’s
join forces to bring down the demon stronghold over this nation of RAGE. Many months ago I was studying the
book of Daniel and noticed the ‘prince of Persia’ reference to the demon stronghold over the nation of Persia. At that
moment I stopped and asked the Spirit of the Lord, “What is the stronghold demon prince over America?” Without
hesitation I heard the Lord respond, “The Spirit of Ragash.” I knew immediately what that Hebrew word meant.
RAGE! I have mentioned this before in a previous letter but I feel quickened in my spirit over the past two weeks
for us, as Women Of The Nation to come together strategically, organized, and unified to bring this demon prince
over America down through prayer. As I have prayed over this letter before the Lord for the past few days I have
jotted down thoughts the Lord has brought to my spirit to form into words for our prayer for the next two weeks.

I am thankful for you. I praise the Lord that we have the opportunity and the privilege to stand before our Righteous
Judge and be the first line of defense for our precious homeland of America through prayer. As I watched along with
a nation of people as California was engulfed in a raging fire the past two weeks I prayed, fasted, stood and believed
God for righteous people to be spared just as Lot and his daughters were spared from the fiery destruction destroying their cities. I prayed for the righteous and all the churches. I prayed for the first responders, fire fighters, policemen and women, the shelters, those rendering aid to the homeless and displaced precious people, and all of the people to see God’s face and know His presence and peace in the midst of this raging fire. Then it hit me! I was continually saying it when I prayed. Raging fire! There was the word ‘rage’ again. This fire was coming from the stronghold prince over America! “Stop it! That’s enough!” I began to say as I interpreted my prayer language. 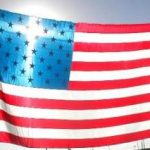 The Devil Is On The Run!Messages 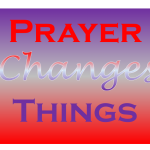 Our Prayers Are Making A DifferenceMessages