The Bride of Christ is Called to Pray!

Women Of The Nation Pray!
II Chronicles 7:11, “My people, who are called by My name, humble themselves, and pray and seek (crave, require as a necessity) My face and turn from their wicked ways, then I will hear [them] from heaven, and forgive their sin and heal their land.” AMP
I felt an unction in my spirit today to write you a letter of warning as prayer warriors! The Lord is moving and His Word is going forth like never before. It is not the world that I am feeling led to caution you about, but rather distractions from this time and season of urgency to pray. We must stay on the wall and pray.
If My people who are called by My name…. that’s the bride of Christ is called to pray! Those who are called by My name His word says. Before I married Harry Salem I was called by the name Cheryl Prewitt. But on May 10, 1985 I married Harry Salem and from then on I am called by his name, Mrs. Harry Salem. When the scripture says plainly for those who are called by ‘My name,’ He is referring to those who are already married to Him, those who are already ‘one’ with Him. He is asking the bride to arise and take her place in humbling ourselves, and continuing to stay focused in prayer. We must not become complacent at this point; we must fight to stay alert and active! He promises us that He will watch over His word (Jeremiah 1:12) but we must give Him something to watch over and perform! It is up to us, His bride, all of us who say we love Him, Women Of The Nation PRAY and be His witnesses in the court of heaven! 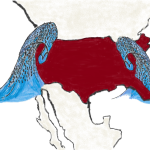 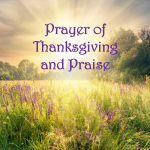 Thank you for Resurrection!Messages, Prayers