April 15, 2021
Women Of The Nation, Pray!
We must become organized, strategic, and unified once again in our prayers together, and soon, hopefully, we will be able to assemble together before this year is over to pray face-to-face, linking arm in arm! I pray for it; I see it in my spirit vision!
Let’s pray together!
Oh Righteous Judge,
We come before You today, citing I Peter 4:1-7 as our scripture precedent. Since the Anointed One has suffered in the physical body, we must arm ourselves with the same attitude in purpose, because the one who has suffered pain in the physical body has broken off all involvement with wrongdoing. No longer will we live the rest of our time in the physical body influenced by the passions of human existence, but rather we must live to accomplish the purpose of dong the will of You, oh Righteous Father.
After all, the time already past is more than enough to have been influenced by the passion of the heathen peoples, having followed the path to indecent sensuality, to addictive lusts, to drunkenness, to decadent carousing bingers, to wild immoral parties, and terrible worship of idols. In respect to this, people slander us because they are so surprised that we no longer run after the same excesses of self-destructive indecent behavior as they do. As a result, they must give testimony on behalf of Christ who is ready to pass judgment on the living and on the dead. For this purpose, the good news message has been proclaimed to those who are dead so that even though they are judged in the physical body according to human standards, they might live spiritually according to Your standards. 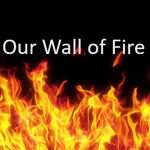 Our Wall of FireMessages, Prayers 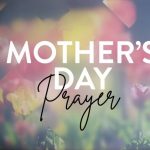